Another Star Wars Ship for You!

This one is a big yacht. Way more symmetrical than my last one! Enjoy! 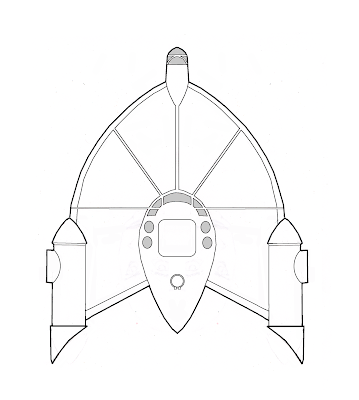 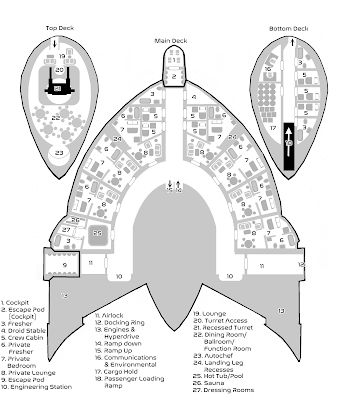 Posted by clash bowley at 7:47 PM No comments:

Saturday, my face to face group began set up for Season 2 of Star Wars-ish TNG!

Last time, escaping from the first order on Jakku and on StarKiller Base, the ex-stormtroopers and half-trained refugees from Luke Skywalkers New Jedis, along with an ex-prisoner holovid superstar and a wayward Wookiee engineer stole Kylo Ren's personal shuttle with special armor, and vowed to become the Stellar Knights!

Saturday, they hammered out what that meant! A Stellar Knight vows to: Eliminate the First Order Replace the Jedi and Sith Orders Train young Force-Sensitives to handle their power, using both Light and Dark side Train young Force Non-sensitives to deal with force users

They have sent the action Holovid superstar begging for funding, and sold the private shuttle, scraping together enough credits to buy an old Starwind class cruise ship, renamed the Dark Comet - which has all kinds of amenities for training, like a holovid theater, zero gravity, sensory deprivation chamber, an A-V Data Library, and a game room, along with plenty of housing. They also bought an autodoc, some speeder bikes, some Databases for the AV-Datacenter, and a gift from the four Jedi who survived the original three installments of the Star Wars-ish saga! Each one recorded a teaching series on the most interesting of their powers:

The Dark Jedi Duke sent "Dealing with the Dark", which teaches Force Endear - a method of making people like you.

The Gray Jedi Hosiah sent "The Force and Balance", which teaches Force Zone - a method of controlling Dark Side Energy with the Light Side.

The Light Jedi Daykon sent "The Force and Noblesse Oblige", which teaches Force Light - a method of pushing the Dark Side and it's corruption from a victim's mind and heart.

And The Gray Jedi Torota sent "Riding the Wave of the Force", which teaches Force Berserk - a method of using the force to dictate every step of your movements.

Posted by clash bowley at 10:25 PM No comments:

And Now for Something Completely Different!

To go with that Star Wars ship, I present the matching fighter.... 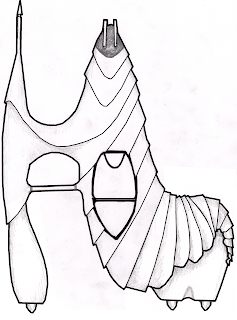 Posted by clash bowley at 12:25 AM No comments:

I got in to work this morning and couldn't log in - as a contractor my credentials die once a month if my boss doesn't renew them, and he forgot, so I sat at my desk and drew this ship while I waited to get renewed. I did the interior later when I got home. You all might as well enjoy it. :D 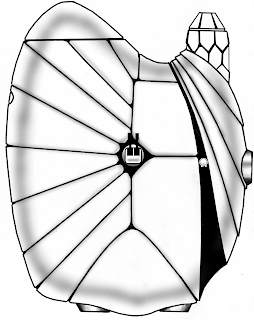 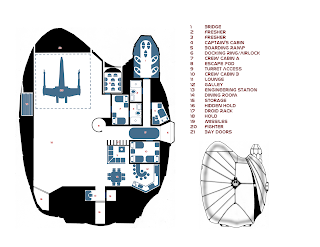 So I wrote a whole Star Wars space battle sub-system accidentally. It was actually more like Stone Soup. I started out by getting a better idea of Star Wars' hyperspace rating system. It was weird and backward, but I worked something out for my game. Then I thought hey! This is a real hodgepodge of weapons! How does this all work? So I sorted that out. Then what did these shield ratings mean? It was another pile of brand names - power to the super otaku! Got to make that make sense! Speed... Hmmm? 900 Gs? They aren't doing accelerations like that on film! Let's move this to a relative movement scale. How do ion cannon work? How do I model spaceship Quirks? What about these tactics? I have to make fighters IMPORTANT!

Before I knew it, I had the whole thing... and it's just for running a damned campaign! What is wrong with me?

Posted by clash bowley at 8:28 PM No comments: