In my Saturday game of post-apocaliptic Wavefront Empire we hacked into the old computers - people! if you want people to work on resurrecting the world 200 years in the future, you need to remember to place your workstation login and password where they can be easily FOUND! Thank you, anonymous person in HR for doing your duty! The group repaired the high tension wiring outside the fusion power plant all the way to a city sector transformer, where it went underground. They can now direct power to any specific location in that sector and in the central sector directly fed by the plant.

Had an encounter with a giant raptor bird with a 14 foot wingspan while repairing the high tension wires - nest was built in the tower, and Roxuty took the three giant chicks to raise as hunting 'falcons'. Roxuty is an animal warden, and downed the mama with a drug gun, without killing it. We also almost got caught in a stampede of feathered dinos being chased by a huge bird dino down the street, but most everyone was able to climb trees out of the way, except teeny three foot tall Torrey the Norn, who was too small to reach any branches. Roxuty pointed her to a storm drain, which she was able to jump into seconds ahead of the stampede. The dino bird tried to fish her out, giving up on the fleet herd, but Roxuty shot it with a drug gun twice while Joelyn distracted it by throwing pine cones. Good times were had by all! Next up, they plan on sending power to the Commercial Espionage treehouse and seeing what information they can find there.

Posted by clash bowley at 10:00 PM No comments:

So the player characters in my deviant Wavefront Empire game are exploring Chaliceport, and broke into the mothballed-for-200-years civic fusion power plant. They examined the turbines (good condition), power lines (down), transformers (intact), and reactor (not so good). They had a battle with a hungry pterandon on the office roof (bloody, but survived), and finally started up the diesel startup/backup generators and got power within the plant - this was far more within their wheelhouse than the reactor! They made 'camp' and slept in the employee break room in the control center. Having a psionic lockpicker is handy!
Posted by clash bowley at 2:51 PM No comments:

Tonight, my Wednesday group has this waiting for them: 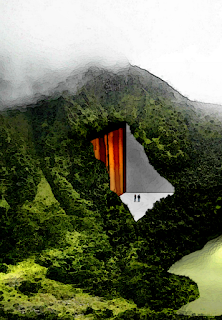 No, not a dungeon! Not that kind of game! :D
Posted by clash bowley at 1:35 PM No comments:

All the OTHER Stuff!

So becoming a Rock God is a whole lot more tedious than I thought... I have been joining various artists rights organizations (BMI, Sound Exchange) and pushing the album as much as I dare and can stand, but mostly filling out innumerable and complex forms of various sorts dealing with distribution. Now you can use my songs/recordings in a commercial, or a YouTube video, or sample the music, or perform my songs yourself, and it is all covered. I should probably write a sequel to High Strung set in the current day. Nothing is the same! Used to be bands toured to publicize their albums. Now people release albums to publicize their touring. And bureaucratic form filling is a required skill! :D
Posted by clash bowley at 12:51 PM No comments:

My first album, Greatest Hits 2018-2018, is now streaming on Spotify, Amazon Music, and a bunch of other services. including some I have never heard of! It's also available on YouTube - https://www.youtube.com/playlist?list=OLAK5uy_lsgpZSWHraMGIko6yElW1XSDhgmJxNKmA so enjoy!
Posted by clash bowley at 4:31 PM No comments: